Singer/actress Josephine Baker has become the designated first lady as a ‘political endeavor’ is made to show solidarity in gender equality and civil rights.  Josephine Baker on the US $100 note. Photograph: US Treasury

WASHINGTON DC – Josephine Baker will soon be the headline attraction on US one hundred dollar bank notes, ending the 89 year reign of American founding founder Benjamin Franklin.  The surprise decision was celebrated by gender advocacy, who felt Franklin’s removal from the bank note was a step in the right direction in the US government’s acknowledging the accomplishments and contributions of its lesbian and bisexual citizens.

Baker is a championed bisexual figure, well known in LGBT circles for her liaisons with high profiled entertainers such as actress Marlene Dietrich and Tallulah Bankhead, Mexican painter Frida Kahlo, and others.

Treasure secretary Jack Lew applauded the decision, citing the use of Baker’s well-known dance accessories on the redesign on the bill as a part of a new protocol that would make counterfeiting impossible.

The public campaign, which nominated the singer/actress, was selected from a list of one hundred influential women in the United States including activist and eugenicist Margaret Sanger, civil rights activist Eleanor Roosevelt, anti-homosexual advocate Anita Bryant, and suffragist Alice Paul, was suggested as the most well aged of the list that wouldn’t tarnish the look and feel of the new design.

Officials are planning for a public screening of their own before releasing the bill, in an effort to correctly present a piece of currency that Lew says “is what the public wants and supports in the long term” before rendering a final decision. 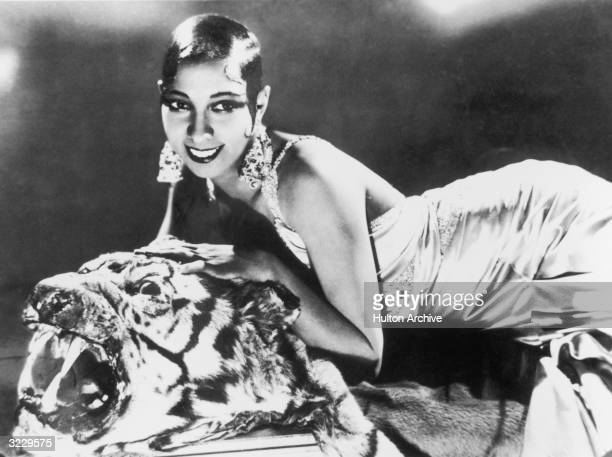 “It is personally very important for our predominate male heterosexual political infrastructure to make sure we honor the contributions and legacies of lesbian and bisexual women in America, before other free countries take a formative role in revering our homebrewed exports, cheating us out of the principle on the validation of our currency as the people see fit,” Lew told journalists at a press conference Tuesday.

Upon release the new notes will have a face value of $500bn in circulation around the world, with only a quarter of a billion $100 notes printed in lieu of inflation.

The Obama administration has applauded the move, insisting it is a “championed decision in the fight for gender equality and civil rights” within the patriarchal heterosexual glorification of US currency production.

Josephine Baker’s legacy in America is heavily tied into civil rights, being one of the first openly black civil rights activist since World War II.  The singer/actress refused to perform for segregated American crowds while serving as a spy for the Free French campaign of her adopted home.  Following the war, she embarked on several world tours and by the early 1950s returned to America determined to make a difference.

Segregationist practices of the time prohibited her and her band from frequenting all white establishments in America while on a world tour.  Baker used her celebrity to publicly integrated audiences by refusing to play any club that discriminated on the basis of color with great success, championing what is historically considered the first major civil rights win for African-Americans following Brown vs. Board of Education.

Her popularity in the movement peaked and went into decline after The Stork Club refused her patronage while performing in New York. Baker and her guests were refused service in the presence of well-known celebrities, socialites, and journalists, including radio journalist Walter Winchell.

After accusing Winchell publicly of not defending her right to service on the basis of color, Winchell led a massive but successful smear campaign that led to a loss of gigs for Baker and her band, as well as speaking engagements.

In defeat, she returned to her home Le Milande in France.  Winchell’s damage of branding her a French Communist Sympathizer with unfounded allegations of assisting Nazi strongholds during their occupation of France in the war led to her American citizenship being revoked.

“America has come a long way since the political incorrectness days my great grandfather went to War with La Baker at The Stork Club.  This offering of her on our money signals what we have evolved into as a nation within racial and gender relations in the states,” said Liz Jones, Walter Winchell’s granddaughter.

Baker’s fortunes continued to decline.  Bad business decisions and adopting twenty children from all over the world as her Rainbow Tribe left her penniless by the time she had one of a series of strokes.  American actress Grace Kelly donated a home to her, out of guilt of being amongst the silent during The Stork Club Incident.

By 1975, Josephine Baker was headed for a comeback, hitting the stage for a comeback of her life.  After a sold out show to rave reviews at the Bobino Theater, baker died of a cerebral hemorrhage in her sleep.

“The Women on 100s campaign reflects the evolution of American sexuality.  Women can feel they are getting control of their bodies back and express their views for a controversial figure being acceptable enough to be on our currency,” said Lew.

National Organization of Women co-founder Mary Eastwood said: “The fabric of American society is formulated through women and should not be kept secret.  This act  marks a second chapter of female expression and empowerment in an age of enlightenment where people’s prejudices are put aside for the greatest common denominator.”

Obituary: A Huffed Up Life Of Barb Dwyer